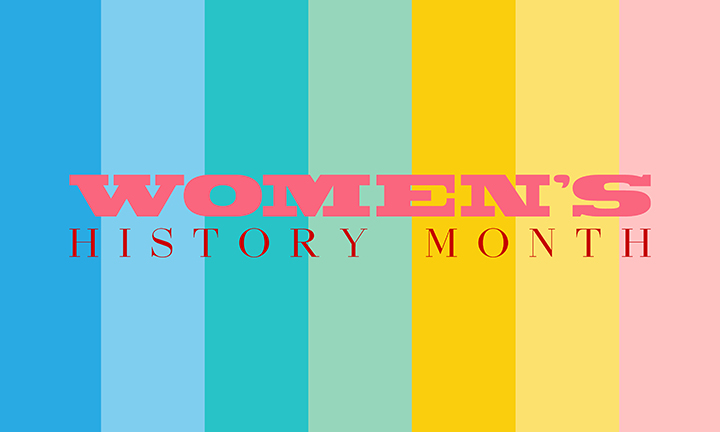 Women’s History Month is a perfect time to learn about the challenges that women have faced politically, socially, and professionally throughout American history, and celebrate the accomplishments of focused and passionate women. There are far too many to include here, so we’ve highlighted just some of the trailblazers that have made it possible to shift away from deeply embedded patriarchal cultural norms. These women have truly laid the groundwork and opened doors for future generations of American women.

Elizabeth Cady Stanton: Stanton was an organizer of the Seneca Falls Convention, the first women’s rights convention organized by women in 1848. Sixty-eight women and 32 men (including Frederick Douglass) signed the Declaration of Sentiments, which inspired decades of activism and eventually lead to the passage of the 19th Amendment, which granted women the right to vote.

Elizabeth Blackwell: Blackwell was the first woman to graduate from medical school in 1849 and become a doctor in the United States. She graduated from Geneva College in New York with the highest grades in her entire class.

Madame C.J. Walker: Born to formerly enslaved parents, Walker was an African American entrepreneur, philanthropist, and political and social activist, and is the first female self-made millionaire in America. She made her fortune by developing a line of cosmetics and hair care products for Black women through the business she founded in 1910.

Margaret Sanger: Opened the first birth control clinic in the United States in 1916. The clinic was deemed illegal under the “Comstock Laws” forbidding birth control and was raided and closed due to legal threats. She eventually founded the American Birth Control League in 1921—the precursor to today’s Planned Parenthood.

Jeannette Rankin: Born in 1880 in Montana (then a territory, not a state), Rankin was an activist with the National Woman Suffrage Association. She was the first woman elected to Congress, taking her seat in the House of Representatives in 1917.

Amelia Earhart: Earhart was the first female pilot and second pilot ever to fly solo nonstop across the Atlantic in 1932 (Charles Lindbergh was first).

Hedy Lamarr: Lamarr was an Austrian-born American film actress and inventor. In 1942 she and composer George Antheil were awarded a patent for a radio guidance system for Allied torpedoes. This groundbreaking technology formed the basis of today's WiFi, GPS, and Bluetooth communication systems.

Mary Johnson: A former math teacher, Johnson was hired as a research mathematician or “human computer” by NASA in 1951. She was the first African American engineer at NASA and is featured in the 2016 book Hidden Figures.

Katharine Dexter McCormick: McCormick was an heiress who made the first commercially produced birth control pill in the world possible by providing funding for research after her husband’s death. “The Pill” was approved by the FDA in 1960.

Betty Friedan: Friedan was the author of The Feminine Mystique, which was released in 1963. It was an instant best-seller and is widely credited with launching the second-wave feminist movement. She is one of the founders of the National Organization for Women (NOW).

Billie Jean King: Tennis great King beat Bobby Riggs in “The Battle of the Sexes” in 1973. It aired on primetime national television drawing over 90 million viewers.

Sandra Day O’Connor: O’Connor was sworn in by President Ronald Reagan in 1981 as the first woman to serve on the U.S. Supreme Court. She retired in 2006, after serving for 24 years.

Sally Ride: The first American woman in space in 1983, Ride flew on the Space Shuttle Challenger.

Ruth Bader Ginsburg: Ginsburg was sworn into the Supreme Court in 1993. She served as an Associate Justice of the Supreme Court of the United States was until her death in 2020. Ginsburg spent much of her legal career as an advocate for gender equality and women's rights.

Janet Reno: Reno was nominated by President Bill Clinton and sworn in as the first female Attorney General of the United States in 1993.

Madeleine Albright: Albright was nominated by President Bill Clinton and was sworn in as the nation’s first female Secretary of State in 1997.

Nancy Pelosi: Pelosi was the first female Speaker of the House in 2007. In 2019, she reclaimed the title and became the first lawmaker to hold the office two times in more than 50 years.

Hillary Clinton: Clinton was the first woman to receive a presidential nomination from a major political party in 2016.

Kamala Harris: Harris was the first woman and first woman of color sworn in as the Vice President of the United States in 2021.

In celebrating these trailblazing women, it reminds us of how far we’ve come, and…we should also not forget that there is still plenty of work to be done. Equal opportunity and achieving a level playing field for all Americans regardless of sex, race, religion, age, sexual orientation, or ability continues to be an important goal for the United States.

Everything You Need to Know About Breast Cancer

The breast is made up of lobes and ducts. Each breast has 15-20 sections called lobes. Each lobe...
Read More