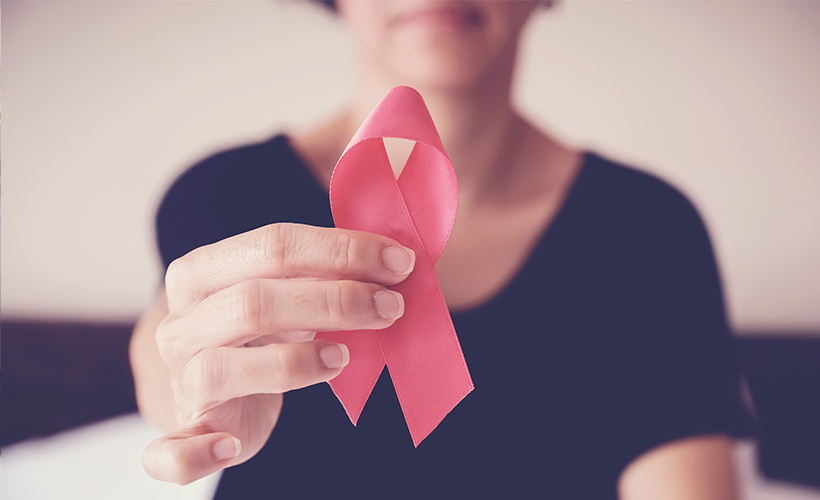 October is Breast Cancer Awareness Month, a global and annual campaign to help increase awareness and promote early detection of breast cancer. Breast cancer is a common cancer affecting hundreds of thousands of women every year. According to the American Cancer Society (ACS), other than skin cancer, breast cancer is the most common cancer for American women, with 1 in 8 receiving the diagnosis. Over 42,000 Americans die each year from breast cancer.

Overall death rates in the U.S. from breast cancer have declined over time, resulting from more people being screened with better screening technology such as 3-D mammography (breast tomosynthesis)—an imaging test that combines multiple breast X-rays to create a three-dimensional picture of the breast—and improved treatments. There has been a 42% decline in breast cancer deaths over the last 30 years. However, there is a persistent mortality gap between Black women and white women. ACS data indicates that, although breast cancer rates among Black and white women are close, mortality rates are quite different, with Black women having a 41% higher death rate from breast cancer. Breast cancer remains as the second leading cause of cancer death among women overall and the number one leading cause of cancer death among Hispanic women. Screening (mammogram) and early detection are critical in providing the best chance of successful treatment.

There are different symptoms of breast cancer, and some people have no symptoms at all. Symptoms can include:

Keep in mind that these symptoms can happen with other conditions that are not cancer. If you have any of these symptoms, be sure to discuss them with your doctor.

Other than tobacco use, which is known to cause cancer throughout the body, the most important cancer risk factors that can be changed are body weight, diet, and physical activity. The American Cancer Society notes that at least 18% of all cancers diagnosed in the U.S. are related to excess body weight, physical inactivity, excess alcohol consumption, and/or poor nutrition, which can all be prevented.

Risk factors you can change:

By understanding your risk, getting regular screenings, and doing your best to maintain healthy lifestyle choices, you can decrease the risk of developing or dying from cancer. These healthy behaviors are also linked with a lower risk of developing heart disease and diabetes.

For further information on breast cancer, visit The American Cancer Society and the Centers for Disease Control and Prevention.

When you breastfeed, you give your baby a healthy start that lasts a lifetime. Breastmilk is the...
Read More

Prostate Cancer: What You Need To Know

The prostate is a part of the male reproductive system, which includes the penis, prostate, and...
Read More

Everything You Need to Know About Breast Cancer

The breast is made up of lobes and ducts. Each breast has 15-20 sections called lobes. Each lobe...
Read More