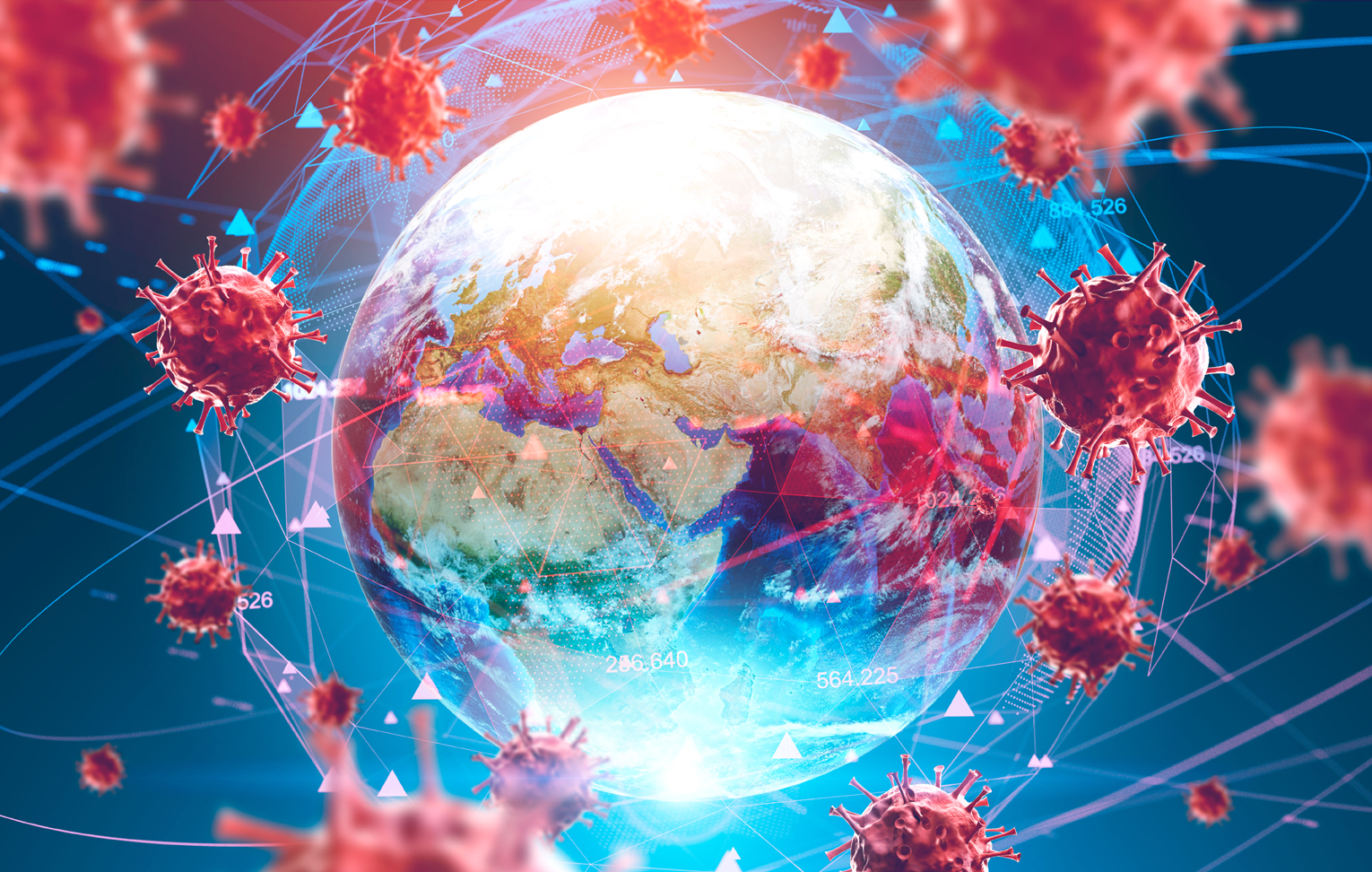 Pandemics are outbreaks of infectious disease carried across international borders. As humans spread across the world, so did infectious disease. The ability of infectious disease pathogens to infect humans, domestic animals, and wildlife alike have caused some of the deadliest outbreaks in history, devastating many countries, stretching their healthcare systems, and claiming millions of lives. Scholars cite the shift to agrarian economy as the main cause for the origin of infectious diseases. The dramatic increase in population and global food-supply chains in the last hundred years are also being seen as major drivers of infectious disease by increasing opportunities for human-animal interactions and setting off a series of outbreaks on an unprecedented scale and spread.

The fact is: the more civilized we have become, the more our interaction with different types of people, animals, and ecological systems, and greater the risk of an infectious outbreak such as the current CoVID-19. While efficient surveillance methods and advances in antimicrobial drugs, vaccines, and sanitation measures had succeeded in controlling infectious diseases to a large extent until the 70s, we’re now witnessing the emergence of novel infectious outbreaks of viral, zoonotic diseases that run a high risk of reaching epidemic/pandemic proportions. By the 90s, scientists had begun to notice a pattern in the origin and emergence of infectious diseases: most zoonotic pathogens of concern, such as the Ebola, Nipah, and influenza, originated in wildlife. These infections also showed consistency in their rapid spread and high fatality rates. The situation has been further exacerbated by the slow progress in discovering vaccines and drugs to combat the disease making them a top priority in health policy and political agendas in developed countries.

The Origin of COVID-19

Every outbreak has a trigger. While the Chinese government has claimed that the first animal to human transmission of the novel Coronavirus occurred in the vast seafood and live animal market at Wuhan, some other non-official sources have claimed that it may have started in a laboratory in Wuhan. This theory is further strengthened by the fact that the said laboratory of the Wuhan Center for Disease Control and Prevention is located less than 300 meters from the large sea food and live animal market which has been widely claimed as the site of outbreak of the current pandemic. There is also a second laboratory, the Wuhan Institute Of Virology administered by the Chinese Academy of Sciences. Both these laboratories have been conducting studies on bats-known vectors of the Coronavirus. A study conducted by two Chinese scholars of the South China Institute of Technology also supports the claim that the Corona virus originated in one of the laboratories in Wuhan, possibly going on to infect laboratory workers who then transmitted the virus to the public. Similar lab-escape theories had also emerged during the outbreak of the SARS (Severe Acute Respiratory Syndrome) in 2003. Also caused by a coronavirus (the same family of virus responsible for the current pandemic), the SARS-Coronavirus is thought to have originated in an animal reservoir (perhaps bats) and then spread to other animals (civet cats) which served as intermediate hosts before infecting humans. The epicenter of the SARS outbreak was also China, the Guangdong province of South China to be precise.

The possibility that the virus escaped from a lab in Wuhan and was transmitted to “patient zero” (the first human to be infected by the pathogen in an outbreak) in Wuhan cannot be entirely ruled out. And if the lab-escape theory is indeed true, then this should serve as a lesson for the world on how critical it is to enhance biological safety levels for containment of dangerous pathogens such as the corona in laboratory settings.

It is also worth noting here also that there are a range of the typical conspiracy theories that arise in global impact events like these; some arguing that this is a bioterrorism action or has some deliberate motive behind it. Something more nefarious at play rather than accidental lab-escape.

Those eager to debunk the lab-escape theory blame the wet markets in South China for the current outbreak. These markets have come in for justifiable criticism from the world over for their unhygienic practice of commingling common livestock (poultry, pig, and seafood) with a variety of wild animals, including exotic, endangered species, such as pangolin, bears, tigers, and rhinos. Besides serving as a protein source, these animals are also prized ingredients in traditional Chinese medicine. Often, these animals are kept in cramped cages stacked one above the other. The blood, excrements, and entrails from these animals provide the perfect petri dish for zoonoses: bacteria, virus, and other pathogens. Once in a while, these zoonoses manage to make the interspecies jump from animals to humans, and this is exactly how “zoonotic diseases” such as the Ebola, bird flu, Swine flu, and even the HIV have emerged and reemerged in the past from animal reservoirs.

Following the 2003 SARS outbreak, China responded to the general uproar against its wet markets by temporarily banning its wet markets and sale of wild animals, but no sooner did the World Health Organization (WHO) declare that the outbreak had been contained, than China lifted the ban. Given China’s history of poor regulatory mechanisms and lack of public policy vis-a-vis the breeding, transport, and marketing of wild animals, reports of the crackdown on wildlife markets in China following the COVID-19 pandemic are being met with skepticism the world over. The question will be whether the extreme impact of this particular virus and its impact on the whole world, and the assertion by the Chinese government that it began in the wet market in Wuhan, will lead to a real, sustained and guaranteed regulation of these markets so that the chance of future, similar outbreaks will be reduced.
Back to Blog

As the coronavirus spreads across all sections of the population, food safety concerns grow as the...
Read More