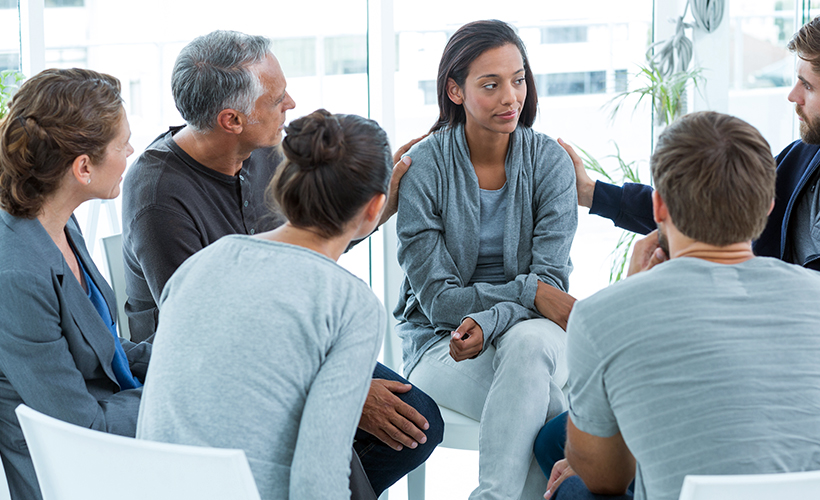 National Recovery Month was launched by the Substance Abuse and Mental Health Services Administration (SAMHSA) in 1989 and is observed every September to bring awareness, support treatment and recovery practices, and to highlight the dedication of professionals, providers, and communities who make recovery possible.

Addiction Can Affect Anyone

People from all backgrounds experience addiction regardless of race, gender, age, socioeconomics, or education. Addiction does not discriminate.  There are intense cravings associated with addiction that can lead to dangerous practices such as using illegal drugs like heroin or cocaine, excessive alcohol drinking, using prescription drugs in ways other than prescribed, and using someone else’s prescription.

Once addicted, it’s very difficult to stop on your own since the chemical dependency is developed and brain chemistry has been changed. Addiction offers the brain an injection of dopamine that is so powerful that it is difficult to stop, and the drug's influence on dopamine reduces as tolerance develops. Even though it becomes evident that drug use is causing serious harm, addicts will face a very challenging road ahead to stop using.

According to provisional data released by the Center for Disease Control’s National Center for Health Statistics, more than 94,000 people died in the U.S of an overdose in 2020, a 30% increase from the prior year. This is a startling statistic, with this issue affecting individuals and families throughout the U.S, regardless of geographic location. 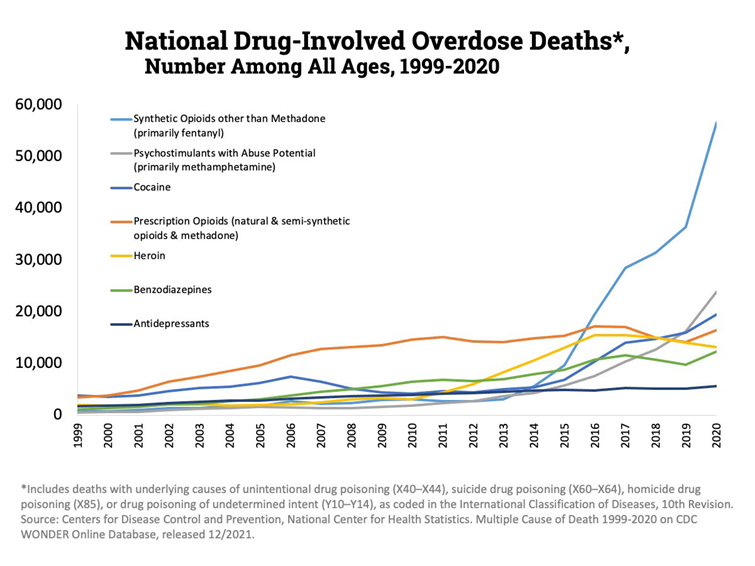 * The National Institute on Alcohol Abuse and Alcoholism conducted a survey that showed that young adults from the ages of 18 to 24 were more likely to have both drug addictions and alcohol use disorders.

Alcohol addiction disorder (or alcoholism) is characterized as frequent and/or heavy drinking. As an individual’s tolerance increases to alcohol intake, dependence can often occur, leading to physical health and mental health issues, along with family, social, and work-related problems. Alcohol abuse can take the form of binge drinking or long-term use. A study from the National Institute on Alcohol Abuse and Alcoholism (NIAAA), National Institutes of Health (NIH), and National Epidemiologic Survey on Alcohol and Related Conditions (NESARC) found that people who suffer from alcohol addiction can generally be categorized into five subtypes: young adult, functional, intermediate familial, young antisocial, and chronic severe. Regardless of gender, age, genetics, or status, alcohol abuse can have a harmful, lasting effect on the body and health of an individual, including depression, brain damage, psoriasis, anxiety, hand tremors, and more.

Warning signs of alcohol use disorder:

Narcotic and Opioid Use Disorder

Narcotics, which are a form of drugs commonly referred to as opioids, are highly addictive. Common narcotics include (but are not limited to) morphine, fentanyl, hydrocodone, oxycodone, heroin, and prescription pain drugs. Opioid drugs trigger dopamine responses in the brain, often causing reward and reinforcement responses leading to addiction. Someone suffering from a narcotics dependency will feel a powerful, compulsive urge to use opioid drugs, and it regularly leads to health, social, and economic problems. This addiction can cause life-threatening health issues, including overdose.

Overuse and dependency on tobacco and nicotine are common forms of addiction. These addictions can manifest in cigarette smoking, vaping, e-cigarettes, tobacco chewing, and more. The NIH states that, due to nicotine’s addictive properties, only about 6% of smokers quit each year.

Warning signs of nicotine dependency include:

Psychostimulants, which are substances that have mood-enhancing and stimulant properties, include drugs like cocaine, methamphetamine, Adderall, and Ritalin. Addiction to psychostimulants has become a significant concern in the United States and globally. The 2010 National Survey on Drug Use and Health reported that cocaine was the highest in past-year dependency and abuse. In recent years, there has been an increase in psychostimulant overdose, resulting from these drugs being laced with readily available and inexpensive Fentanyl.

Warning signs of psychostimulant abuse include:

The Substance Abuse and Mental Health Services Administration is the agency within the U.S. Department of Health and Human Services that leads public health efforts to advance the behavioral health of the nation. Addiction and substance abuse can be addressed with multiple forms of treatment, support groups, and recovery options. The type and level of treatment required for successful recovery vary depending on the individual and the substance used.

If you or someone you know needs help to stop using substances, call SAMHSA’s National Helpline at 1-800-662- HELP (4357). You can also text your zip code to 435748 (HELP4U), or use SAMHSA’s Behavioral Health Treatment Services Locator to get help.

Tags: Health & Wellness
Back to Blog

Mental health has taken a turn for the worse during the pandemic. What can help?

The pandemic has been challenging in so many ways. Social isolation, job loss, financial stress,...
Read More

According to provisional data released by the Center for Disease Control’s National Center for...
Read More