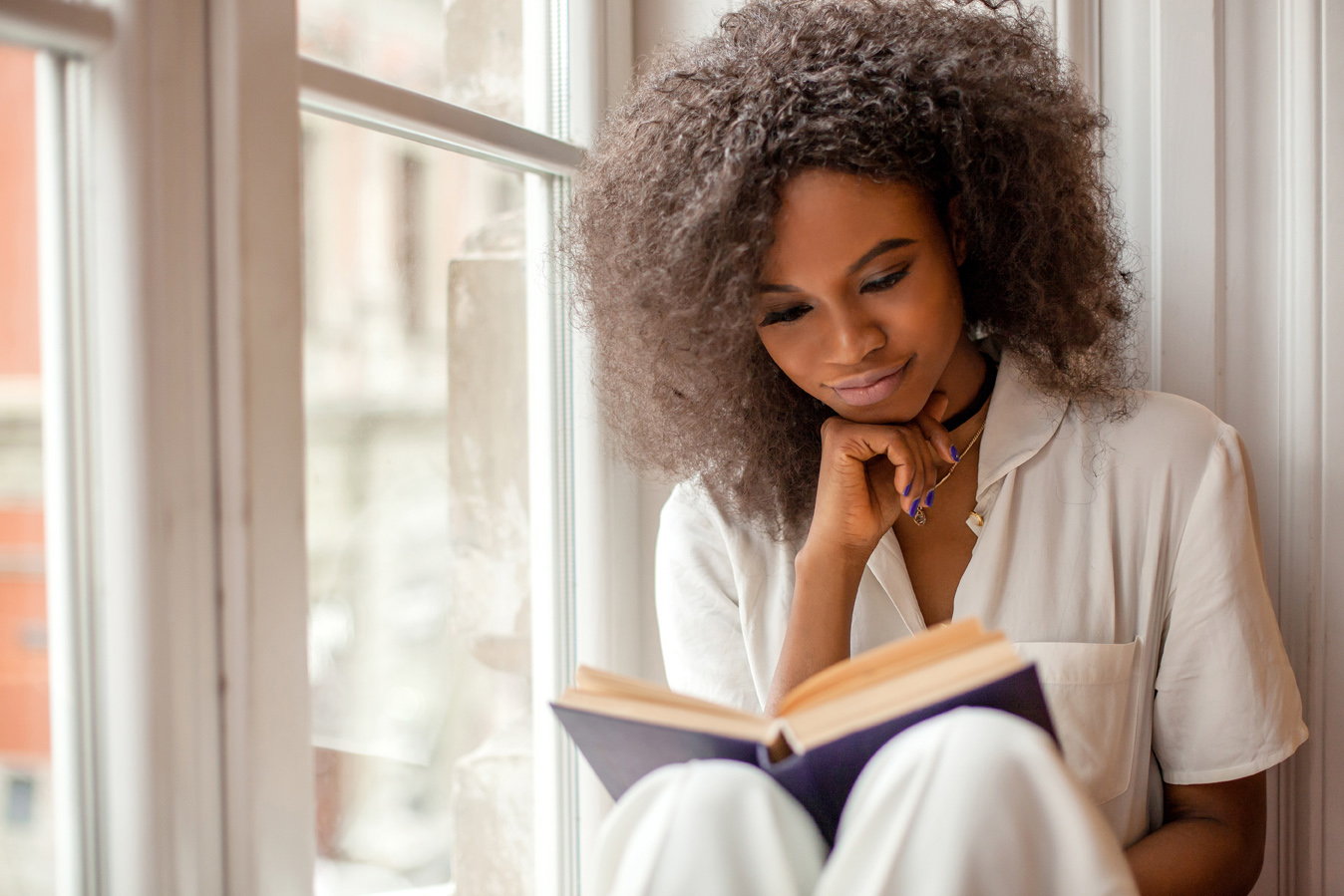 There’s never been a better time to read and celebrate the works of female authors. Women’s contributions to literature are vast and continue to make lasting impacts on our culture, but sometimes it’s hard to decide which book to pick up next. Here we’ve curated seven contemporary books from a few different genres that are just asking to be your next big read. Whether you’re a fan of fantasy, fiction, poetry, or nonfiction, you’re bound to find something you’ll love.

Last Night at the Telegraph Club by Malinda Lo

Malinda Lo’s love story is set in San Francisco’s Chinatown in 1954. The book’s lovers—Lily and Kathleen—begin their relationship under the neon lights of a lesbian bar called the Telegraph Club. Lily, the Chinese-American protagonist, must navigate her sexual and cultural identities, racism, code-switching, and fears of deportation, all at a time in U.S. history when queerness was as fear-inducing to the general public as communism. Despite this uphill battle, the book is queer-positive, uplifting, and hard to put down.

I Would Leave Me If I Could by Halsey

This debut book by Halsey (yes, platinum-selling recording artist Halsey) is a collection of autobiographical poems that bare her soul. In it she reflects on her relationships, bipolar disorder, sexuality, family ties, and feminism. Some of the poems feature lines that laid the foundation for her now-famous song lyrics—see if you can spot them. Whether writing poetry or music, Halsey is gifted at emotional expression and letting her fans in on the intricacies of her mind.

Home Body is New York Times bestselling author Rupi Kaur’s third collection of poetry. Her minimalist, accessible style of poetry and beautiful illustrations skyrocketed her from obscurity to popularity at age 21 with her first book, Milk and Honey. Her poems are boiled down to their essential elements and are accompanied by beautiful, equally essentialist line drawings. Home Body focuses on themes of love, grief, personal growth, and conversations with self, taking the reader on a journey through the past and the present.

Children of Blood and Bone (Legacy of Orisha, 1) by Tomi Adeyemi

Children of Blood and Bone is an epic tale that’s on a myriad of bestseller lists and is already being adapted for the big screen. After her mother, a maji who possesses magical powers, is slayed by the king along with many other maji, protagonist Zélie Adebola goes on a mission to save her people. Zélie enlists the help of a rogue princess and together they try to outsmart the crown prince in order to restore magic to the kingdom. The novel is a coming-of-age story that’s inspired both by African mythology and real-world events like police brutality, oppression, and slavery. Adeyemi’s storytelling captures the reader’s imagination while also making us reflect on the cultural issues we’re experiencing here in the real world.

This gothic thriller set in a rural Mexican countryside is a gripping, sinister page-turner. Young debutante Noemí travels to her cousin’s new home to try to help after receiving a frantic letter in which her cousin Catalina details the “fleshless things” that are haunting her and explains that she believes her new English husband is trying to poison her. The isolated mansion is inhabited by Catalina’s husband’s family, and there she uncovers a disturbing history, marked by both violence and opulence. Noemí soon finds herself seduced and frightened by the house and begins having nightmares that have her questioning both her sanity and her ability to leave.

Wow, No Thank You by Samantha Irby

Comedian, famous blogger, and bestselling author Samantha Irby brings us a hilarious collection of essays in her most recent book Wow, No Thank You. Her essays offer raw and relatable thoughts on marriage, aging, and stepchildren, and let us in on what her life has been like since she moved from the big city to a small liberal town in the heart of a red state. Despite traveling to Los Angeles to have meetings with Hollywood executives and being married to the woman of her dreams, it turns out her life is not as lustrous as those described by the lifestyle bloggers and Instagram models she secretly wishes to emulate.

Julia Ebner’s account of going undercover to join radical extremist groups reads like a classic thriller novel, except this one is true. Ebner is a terrorism and extremism researcher based in London who felt that her day job—at a counter-extremism think tank—wasn’t giving her the full picture. So in her spare time and under various guises, she became a member of a dozen different extremist groups, including ISIS and the Neo-Nazis, to try to find out what was really going on inside. Going Dark takes us through her escapades and provides valuable insights on why these groups are able to gain followers and what’s being done to counter their dark endeavours.

Looking for an educational resource on women's history in the workplace? Check out our new title, Women in the Workplace in America, 1900-2021.

Americans Will Get COVID Vaccine at no Cost...For Now

There has been some confusion over exactly who is entitled to the COVID Vaccine free of charge now...
Read More

Check out these 8 impactful must-reads by contemporary Black authors

This list of eight books—both fiction and nonfiction—includes some of the best books written by...
Read More

Check out these summer must-reads by contemporary authors

There is nothing better than a summer read. Whether you’re on your couch, in a hammock, or kicking...
Read More